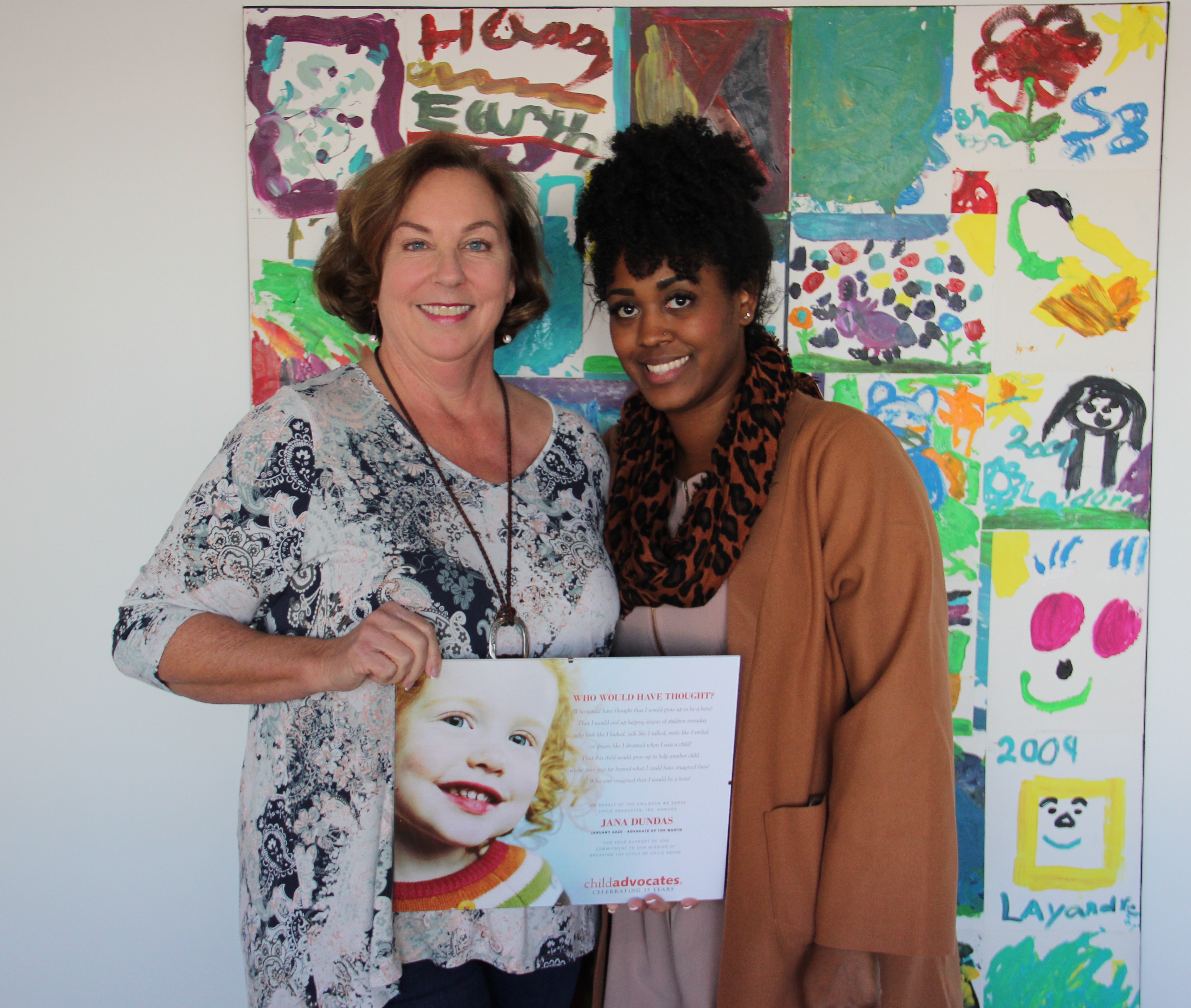 Jana Dundas is no stranger to being a court appointed advocate. She has been a volunteer for more than three years and is currently working six cases. Her passion to ensure the well being of Houston’s abused children keeps her motivated to give her all, just as she did in her case with Amelia.

Amelia* came into care when she was just one year old as a result of drug abuse in her home from her mother and grandmother. Jana was assigned to the case and hit the ground running, gathering information and getting to know Amelia.

Jana never heard or saw any evidence of a father who was involved in Amelia’s original family dynamic. In fact, she had been told that there were no suitable relatives who could care for the young girl. Amelia ended up in a foster placement that planned to adopt her, but when the adoption fell through, she was left without permanency once again.

Eventually and seemingly out of nowhere, Linda* came forward. She was Amelia’s paternal aunt and she connected everyone involved in the case to Amelia’s father. The father had a young son named Jacob*, which meant Amelia had a brother! Linda ended up becoming the caretaker for Jacob and wanted to take in Amelia as well, but the judge on this case was pushing for a foster to adopt placement for her. This kept Jana up at night. “I was the only person who knew about every single minute of this case,” said Jana. She had invested so much time in getting to know Amelia and wanted to ensure the very best for her. Amelia had a sibling and a stable aunt that wanted her, and Jana was hopeful she could help them be together. Jana pushed for visits between the siblings while Amelia was still in her foster placement, trying to provide some family connectivity.

Through many trials and over two years, Jana continued to advocate in court for the placement with Linda and Jacob. Eventually, much to Jana’s delight, the judge agreed that it would be the best fit. Now, Amelia is thriving. She and Jacob seem to be attached at the hip. They play together relentlessly and walk into day care each morning holding hands. Jana has continued to visit, and Amelia has been thrilled to see her each time. She reports often that she loves her new home and life.

We are so grateful for amazing advocates like Jana who are deeply committed to the work of guiding children like Amelia into places they can thrive. Jana truly represents all that an advocate should be. Her unwavering passion and dedication to all the children she serves make her a perfect recipient for our February “Volunteer of the Month” award.

Congratulations, Jana, and thank you for all that you do for Houston’s abused and neglected children. To learn how you can become a volunteer and make an impact like Jana, click here.

*Names were changed to protect the privacy of the parties involved.

Our Advocates
Latest Post
Donor Spotlight: MAXIMUS FOUNDATION
Seeing The Full Picture
A Sense of Security
return to the blog
ON INSTAGRAM @CHILD ADVOCATES
REQUEST A COURT APPOINTED ADVOCATE
You may put in a request of a court appointed advocate for any child/children currently in the temporary managing conservatorship of Harris County DFPS.