Change can be especially hard for a child whose normalcy and structure have been uprooted after being separated from family. Hannah’s* case was no exception.
Hannah, a fourteen-year-old girl with developmental disabilities, was removed from the care of her parents after a couple of incidents that threatened her parents’ safety. During one of the incidents, Hannah ran from police and they had to search for her. As a result, Hannah was placed in a county psychiatric facility for over two months, and her case became one of dual-status — meaning she was involved in both the child protective and juvenile detention systems.
The longevity of this stay in the psychiatric facility was in part due to the dedication of Hannah’s court appointed advocates, Marlene and Richard, a husband and wife team. Marlene and Richard were dedicated to ensuring Hannah didn’t just get swept into a Residential Treatment Center (RTC) for long-term psychiatric care, where she had high potential to clash with other children who had aggressive tendencies. Because of the dual-status nature of this case, there were extra factors to consider. The advocates were nervous that a RTC placement for Hannah would lead to fights, violation of Hannah’s probation and more potential criminal charges - not to mention that this particular RTC was also states away, further separating Hannah from her only support system. Hannah’s advocates wanted her in the best place possible, a place that would give her a chance to thrive and get back on track.
Child Protective Services was not in agreement with finding a non-RTC home for Hannah, but after the testimony of Marlene and Richard in court, the judge ordered a home and community services placement for Hannah. This new placement caters specifically to adults and children with delay and disabilities. This was a huge victory, and one that came hard fought for by Hannah’s committed advocates.
After three different homes were researched and visited by Hannah’s advocates, the best one for her was selected and she was slated to move. Hannah was excited to be leaving the psychiatric facility, but a new placement was bound to bring new anxieties and fears. Knowing this, Marlene and Richard visited her within twenty-four hours of Hannah being in her new home. During the visit, they asked Hannah about how she was feeling about the new placement, and were introduced to Hannah’s stuffed fox, “Foxy”.
Marlene and Richard played with Hannah and Foxy for a while and realized their opportunity to communicate with Hannah using Foxy, since the stuffed animal was clearly something that brought her comfort. It was hard for Hannah to express fears and other emotions, but it seemed easier for Foxy. The advocates had Foxy draw out some of his “feelings”; according to the drawings, Foxy was afraid of being chased by the police again; Foxy was afraid of leaving to new places; and Foxy was sad about not being home and not being able to see his puppy. Foxy also drew himself drinking out of pool and expressed that he would really enjoy going to the pool. Foxy communicated things to Hannah’s advocates that otherwise would never have been known. Through Foxy, Hannah was able to express herself in a way that felt safe — a testament to the intuitive and caring nature of the advocates on this case.
Dual-status children, like Hannah, need an extra level of emotional care with regards to thinking about their future. Not only are they navigating an overwhelming child protective services system, but also the juvenile detention system. There is a strong probability that these children will become extremely misunderstood and fall through the cracks even further. Because of this, there is a huge need for committed advocates to rally around children like Hannah by teaching them how to express themselves and guiding them into places where they can thrive.
According to Advocacy Coordinator, Joy Reading, “It's important to have advocates on dual-status cases because the youth need support in both family and criminal court settings. Through being involved and knowledgeable about the criminal side of the youth’s cases, I have seen advocates being active and having an impact in so many ways: advocates visiting kids in detention to calm their nerves or advocates advising appointed counsel of the youth’s circumstances to help the attorney make the best case to the judge. Advocates have worked with the juvenile justice department staff to delay the final resolution of the case to coordinate the best possible placement for their long term needs. And like with Hannah, because we knew what was happening with her juvenile charges, we were able to act fast and advocate the special court orders needed to find this placement,” said Joy.
We are so thankful for the amazing advocates on this case, Marlene and Richard, who thought outside the box to meet Hannah’s needs. Hannah’s future is looking brighter in her new placement and her advocates will remain committed to visiting and ensuring she is in an environment where she can thrive.
Our advocates are committed to this life-changing work every day, and their dedication is truly making a difference in the lives of children, just like Hannah, all over the Houston area. 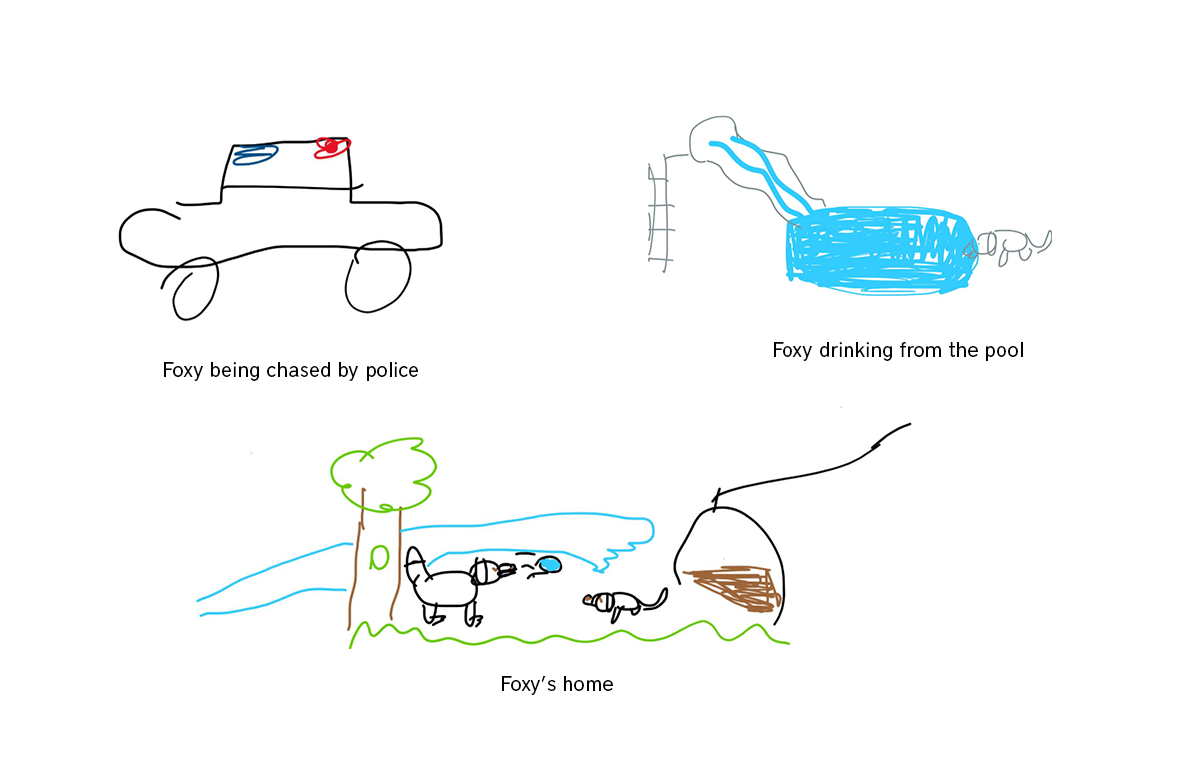 Our Children Our Advocates
Latest Post
Another Incredible Drive for Kids
Meet Matt
Meet Holden and Ava
return to the blog
ON INSTAGRAM @CHILD ADVOCATES
REQUEST A COURT APPOINTED ADVOCATE
You may put in a request of a court appointed advocate for any child/children currently in the temporary managing conservatorship of Harris County DFPS.