Devastation is turning into hope for one family as they honor the life of their lost daughter. Just a few months ago, Sarah Grace was leaving Sonic, on her way back to college in Lubbock, Texas when a drunk driver struck her vehicle, ending Sarah’s life and leaving the grief of an unthinkable tragedy in the midst of Sarah’s family and friends.

As Sara’s mom, Rhonda, has been walking through the aftermath, she ventured into her daughter’s old room and found a paper pinned to a corkboard on the wall from what seemed to be a previous class project that Sarah had saved. It was a list of things Sarah believed about herself, ending with big bold letters stating “Gracie wants to make a mark in the world”.

Sarah Grace was a bright, lively and motivated young woman. She was a member of Texas Tech’s Theta sorority chapter and it was there that she began to put her boots on the ground in her efforts to make a difference in the world.

Sarah loved the mission of Child Advocates. She was personally connected to it because her adopted younger brother had an advocate himself while he was in the foster care system. She saw the real and upfront impacts that an advocate had in the life of her brother, and she carried this passion in her heart as she went off to school. It was there that she had the idea to begin a stuffed animal drive with her sorority. Stuffed animals were distributed to Court Appointed Special Advocate programs around the state to bring hope to children who are in the midst of navigating the confusing and overwhelming foster care system.

Rhonda didn’t discover that Sarah had even begun this venture until after her death. Upon learning of this, Rhonda committed to finishing what her daughter had started. “The Sarah Grace Project” was born, and hundreds of stuffed animals began to be collected as grieving family members and friends brought them with them to Sarah’s funeral, and it didn’t stop there. Rhonda is still receiving donations of stuffed animals in honor of her daughter. So far over 1,000 animals have been collected, and Rhonda is personally delivering them to local CASA offices where they will go on to be distributed to bring joy and comfort to abused and neglected children.

Sarah’s legacy is one that will carry on far after her and continue to make waves of impact in the lives of children all around Texas. Sarah is accomplishing just what she set out to do — she is making a mark in the world, one stuffed animal at a time.

Thank you to Sarah Grace, Rhonda and the Sarah Grace Project for donating so many stuffed animals to Child Advocates! They will go on to bring light into the lives of our children. 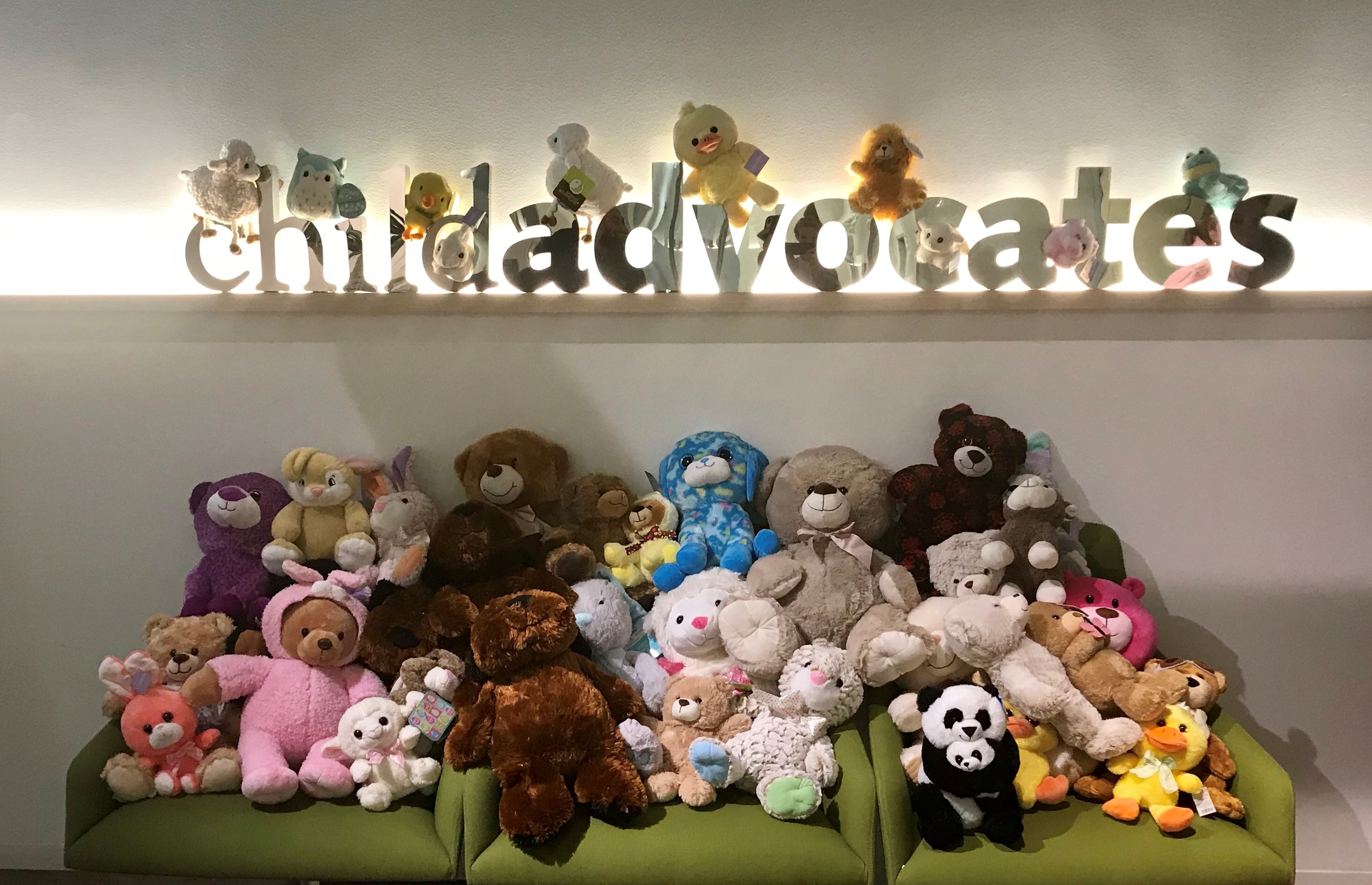 Our Children News
Latest Post
Honoring Our 2022 JAG Award Recipient!
Honoring our 2022 Rookie of the Year
A Whimsical Afternoon at the Westin Galleria Raising Money for Child Advocates
return to the blog
ON INSTAGRAM @CHILD ADVOCATES
REQUEST A COURT APPOINTED ADVOCATE
You may put in a request of a court appointed advocate for any child/children currently in the temporary managing conservatorship of Harris County DFPS.