Scott Washburn had been volunteering with Child Advocates for more than a decade when his advocacy coordinator approached him about a new case with a teenage boy named Andrew. Child Advocates had been appointed by the court on a PMC case—a case that is no longer considered active because the child or children are in the permanent custody of the state. Often children on PMC cases experience “benign neglect” because the state does not make a good parent. In those cases, the court may appoint an advocate to serve as an extra set of eyes and ears for the judge.  After looking briefly at his case file, Scott could tell Andrew needed a male role model and agreed to take on the case. As an advocate, Scott was tasked with getting to know Andrew, learning about his background and helping offer crucial insight to the judge as to what would be in Andrew’s best interest.

At their first meeting, Andrew was standoffish and quiet. He kept his head down and his arms crossed as he showed Scott around to his bunk and where he kept his things. He clearly didn’t trust anyone, but slowly opened up as the visit went on.

After spending some time with him, Scott began to read Andrew’s extensive case file.
Andrew came into care at just the age of six. His father was not a part of his life and his mother struggled with severe drug addiction, often leaving Andrew and his older siblings without supervision. Without the watchful eye of his mother, Andrew suffered traumatic abuse at the hands of a relative. They lived with his maternal grandmother, but she was unable to support his family financially. He often didn’t get enough to eat and was harshly disciplined by his mom’s boyfriend. Ultimately, Andrew was taken into the care of Child Protective Services.

For the next eight years, Andrew would call 13 different places home. He struggled with his behavior, often having aggressive outbursts. Counselors observed that he was hyperactive and anxious, depressed and had trouble concentrating. Twice he was admitted to a psychiatric hospital to help regulate his medications.

When Andrew was 12 he broke his finger in a fight and began to frequently visit his school nurse, Sharon Barnes. She observed a sad and skinny young man. “He was coming to my office every day. So as a nurse, I tried to figure out what’s going on. We began to talk, and I found out that he was in CPS care and that he didn’t have a mother or a father, that he was living with his grandmother. We began to build a relationship because he kept coming.” For the next year, Sharon became close with Andrew and told his case manager if the placement with his grandmother didn’t work out, that she would be interested in adopting him. “I made a promise to him that I wouldn’t forget about him,” she said.

After six months of living with his grandmother, Andrew was moved to a group home. Over the years he had seen other children in foster homes or treatment centers who had advocate volunteers come and visit them. Andrew recalled, “It felt lonely. I had no love, no hope … I wanted another person in my life, so I asked for a child advocate. Everyone else had one at some placements I went to, and I never had one, so I wanted one.” Andrew spoke to his caseworker and requested that he have an advocate, so she worked with the court and Scott was appointed to his case.

Scott met Andrew at school one afternoon a few months after he started on the case and saw him being escorted out of the building by his principal and counselor. Andrew had a rough day with his behavior and was waiting to be picked up by his group home. Scott followed them home and suggested they play a quick game of basketball. It was the perfect release for a frustrated young man. Andrew had a lot of big talk that day, but Scott ultimately won in their games of ‘Horse’ and 1-on-1.

Sharon recalled, “From the first time they met, he called and told me he had an advocate and I could just tell in his voice, they had connected. This was something different.”

Andrew preferred not to say much about his past, but shared what his life had been like and what having Scott meant to him: “My childhood was not the worst, but it was one of the worst. I went through things … I didn’t have a responsible family. I had a family that loved me, but did not have parents that took care of me. Then, in CPS, it was horrible. I remember wanting love, and being angry at CPS for taking me from my family. The day I met Scott I thought he was a great person. He is a caring person with a lot of knowledge and ability to teach, and he has helped me be a better person and have a better attitude,” 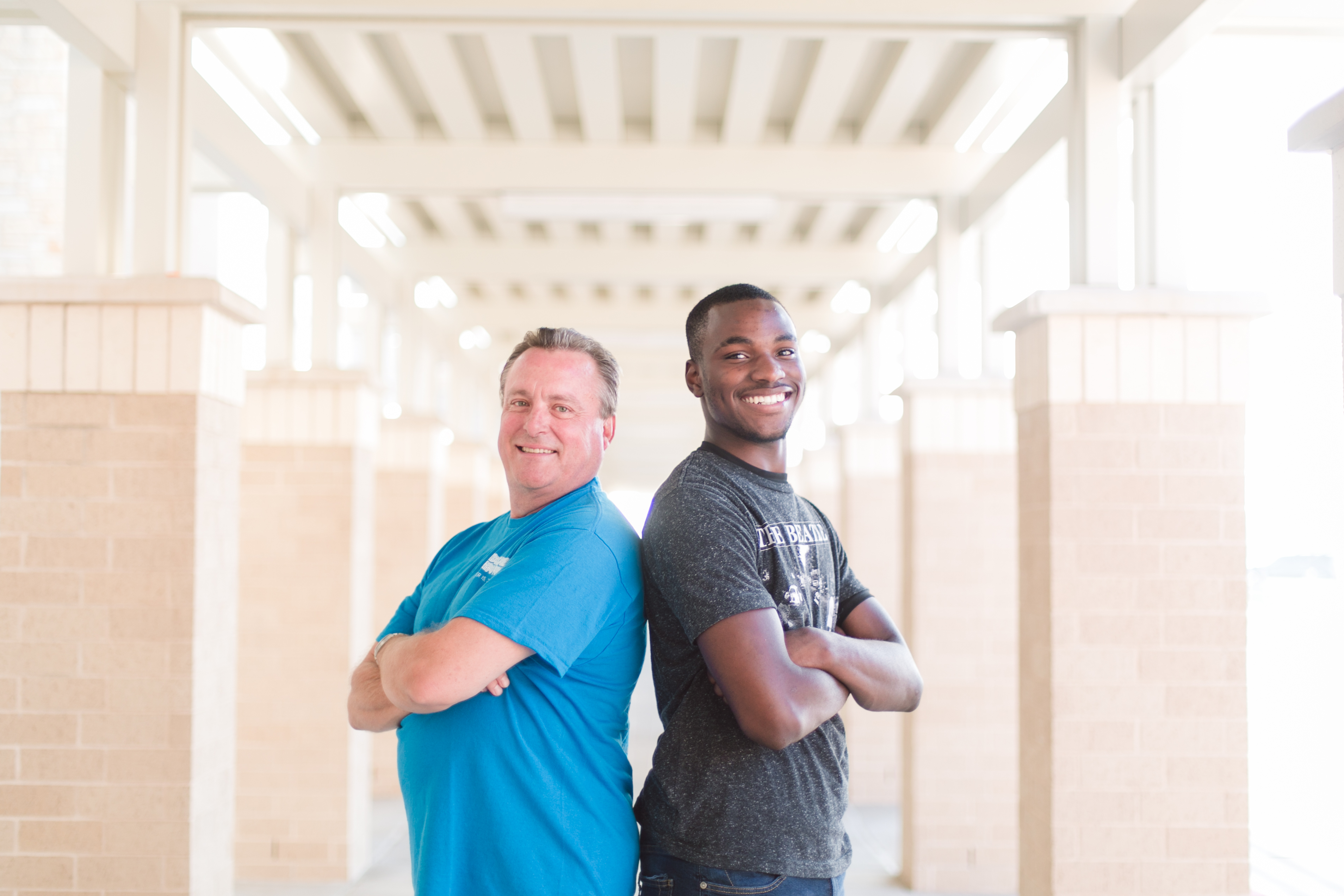 Sharon expressed her own gratitude for Scott, saying, “He advocated for him. He was at every court date. Andrew started laughing more and cracking jokes, and that made me feel good because not only was [Scott] there checking on him when I couldn’t, but he wasn’t going to feel lonely or sad. It was like I had a teammate.”

Scott played a crucial role in changing Andrew’s outlook on life and his aggressive attitude. He regularly met with Andrew’s principals, counselors, teachers and coaches. He put together a plan to help Andrew overcome each obstacle, angry outburst, failed class or misbehavior. He even hand-wrote personal contracts with Andrew to hold him accountable for steps he needed to take to better his own situation, teaching him to respect the people around him even when he got upset and frustrated. Scott could see how Andrew was growing and improving as he spent time with Sharon and her family, so he coordinated all of the pieces needed to ensure that Andrew could be moved from the group home to live with Sharon permanently.

Though she had already raised four children, Sharon wanted to adopt Andrew—a scenario that is often unlikely for children who have been in foster care for so long.
Andrew and Scott had fun, too. They played basketball frequently, and Scott helped Andrew get ready to try out for his school’s basketball team. They worked together on projects and Scott taught Andrew basic life skills like how to change a shower head and use a power washer. Around Christmas time, they spent an afternoon at Top Golf. 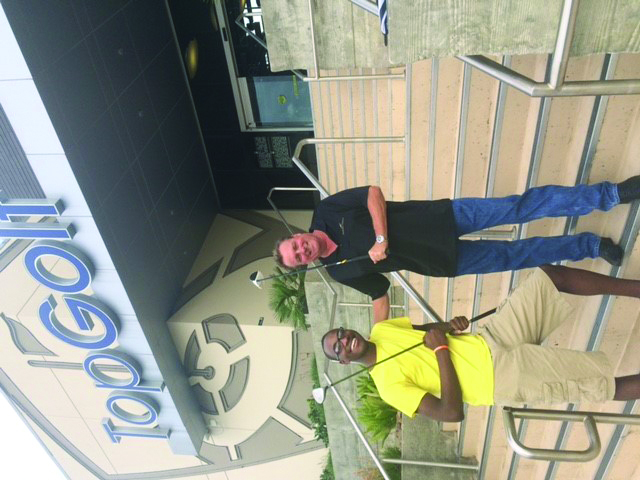 This young man was growing, not only physically but emotionally and in maturity thanks to the role model and support he had in Scott.

In December of 2016, Scott drove downtown to the courthouse as he prepared himself for what he calls one of the most joyous days of his life. It was Andrew’s adoption day. With tears and smiles, Andrew officially became a Barnes, and Scott had the privilege of standing and clapping with a packed courtroom as the judge granted the adoption. After eight years in foster care, Andrew finally had a permanent, loving home with Sharon.

Andrew is now part of a large family with older siblings and a nurturing mom. He is active in his school choir, takes family vacations to the beach and works hard to keep his grades up so he can participate in extracurricular activities. Since Sharon first met him in the nurse’s office, he has grown four inches and gained a healthy 20 pounds. His smile stretches from ear to ear, and the first impression he makes is one of joy. You would never suspect the horrible childhood he endured.

Andrew and Scott have maintained a relationship since his adoption and Scott frequently checks in with Sharon to see how Andrew is doing. Scott may have won their first basketball game, but Andrew, now six foot four inches tall, beat him in a recent 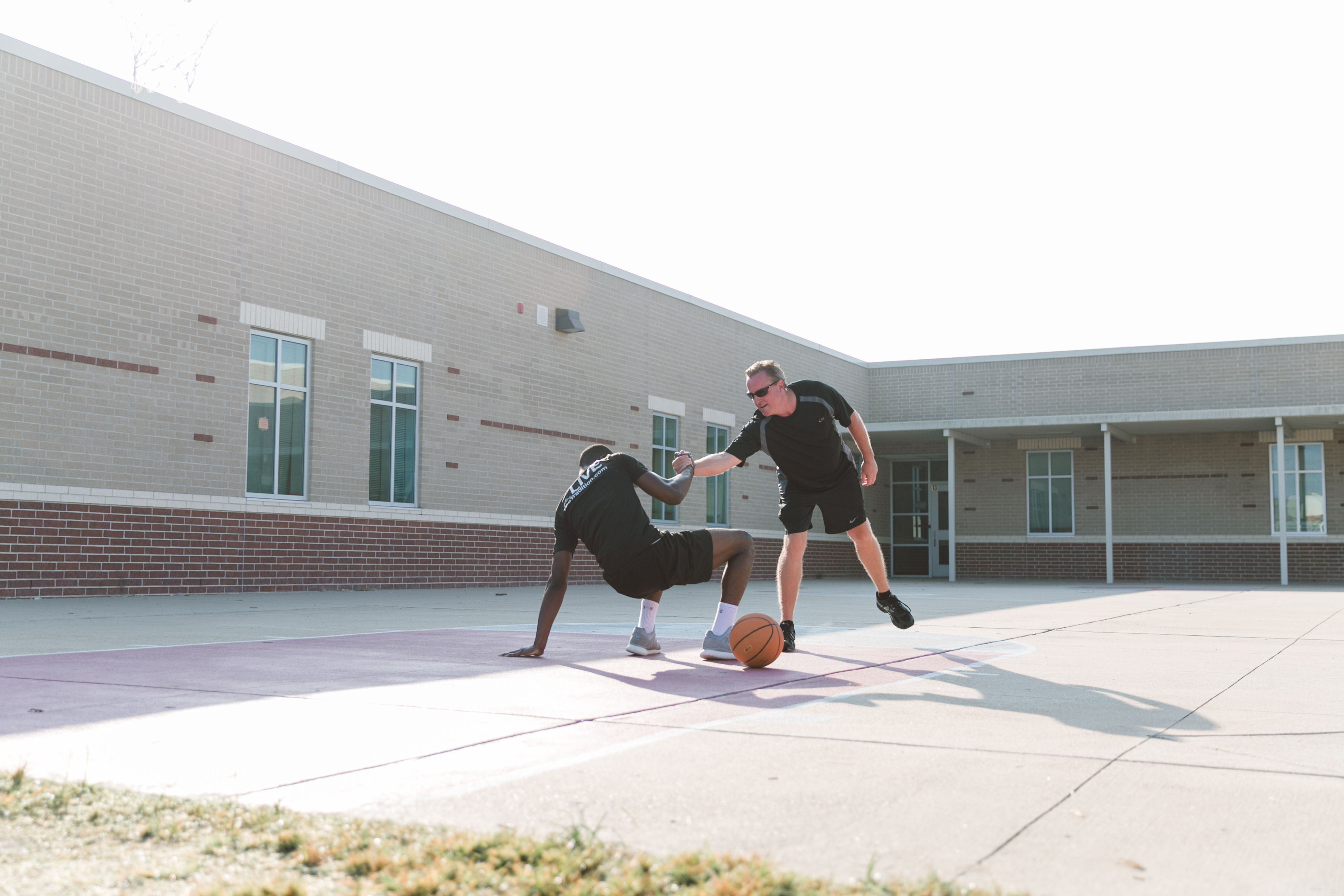 rematch. Andrew is a happy, friendly, thriving young man. He loves basketball and choir and is working hard to bring his grades up so he can go to college. “I want to make my mom proud,” Andrew said. “Scott mentors me and shows me how young men act in business and with others, how to be respectful and make good choices.”

There are sure to be many more pickup basketball games in the future. While Andrew might not always win the ballgame, or any of life’s games, he is able to live with a positive outlook, motivated to move forward. He likes to live by words of wisdom he has learned from his mom, “It’s not about how you start, it’s about how you end.”