Matt*, a one-year-old little boy, entered foster care when his mother reached out to Child Protective Services asking for help. Several referrals were made to CPS about her drug use and violent relationship with Matt's father, but it was her request for help that ultimately caused Matt to be removed and placed in the care of his paternal grandparents, Mary* and Daniel*. 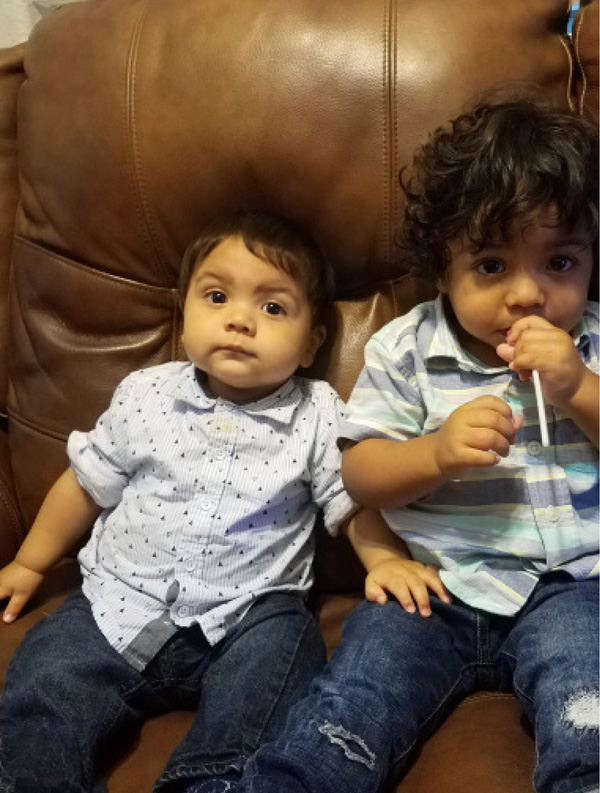 Tiffany, was assigned as Matt’s advocate — her first case. Soon she arrived at Mary and Daniel’s home where she met Matt — a happy, healthy, giggling little boy. Their home was clean and safe, and the grandparents were well organized. Tiffany explained her role as Matt’s advocate and asked questions about his well-being and about their interaction with Matt’s parents. Mary and Daniel were well aware of their son’s drug use and harmful behavior around their grandson. They also had called CPS to express concern and they were committed to keeping Matt safe and healthy.

After meeting with Matt and his grandparents, Tiffany spoke with Matt’s CPS caseworker and his attorney ad litem. She discovered that there were some obstacles with getting their home study approved through CPS. In her next visit with the family, Tiffany discussed the home study with Mary and Daniel. They were confused and worried because they were unaware of any possible issues that could prevent them from being approved. Both Mary and Daniel were in good health, and they had appropriate respite caretakers willing to step in and care for Matt if need be.

Tiffany didn’t feel right about the possibility of Matt leaving his grandparents' home when he was thriving in their care. Tiffany spoke with Mary and Daniel’s doctors and received documentation citing a clean bill of health. All of this work paid off because the home study was ultimately approved.

CPS soon determined that Matt's mother was pregnant again. When the baby boy, Tony*, was born, both he and his mother tested positive for illegal substances. CPS removed Tony from the care of his mother and asked Mary and Daniel if they would be able to care for Matt’s brother also. They quickly agreed. Tony joined his brother in their grandparent’s home, and Tiffany continued to visit the boys monthly. She would often come with gifts or bring diapers and wipes to help the family. When the holidays came, she was sure to deliver the boys their sponsored gifts from the Santa’s Wish List program.

Matt and Tony’s parents showed no interest in completing their court-ordered services and were not present at the majority of the court hearings. The boys’ mother also told Tiffany that she was not planning to part ways with her violent boyfriend and had no plans to seek treatment for her drug use.

Ultimately, Matt and Tony’s mom and dad relinquished their parental rights. The court granted permanent custody to the state so that the boys could be officially adopted by their grandparents. Today, Matt and Tony are bubbly, busy toddlers who are growing and developing right on track. Thanks to Tiffany’s diligence in proving their ability to care for Tony and Matt, Mary and Daniel can raise the boys in a safe, loving home where they can thrive.

Our Children Our Advocates Annual Reports
Latest Post
Sandra Nassif: May 2021 Volunteer of the Month
2020 Annual Report
The 2021 Pull For Kids Classic
return to the blog
ON INSTAGRAM @CHILD ADVOCATES
REQUEST A COURT APPOINTED ADVOCATE
You may put in a request of a court appointed advocate for any child/children currently in the temporary managing conservatorship of Harris County DFPS.