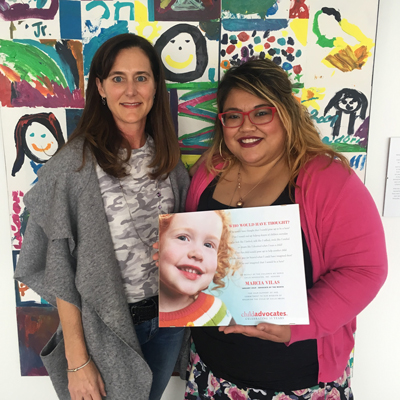 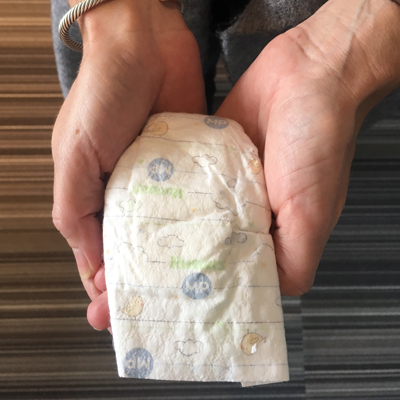 In her nearly five years as a court appointed advocate, Marcia Vilas has taken on 12 cases. While she typically works cases in the Family Intervention court, also known as "Drug Court", she recently took on a different case. Her advocacy coordinator, Carrie, called her about a premature baby who had been born, and she simply couldn't say no.

Jacob* was born at just 23 weeks. His mother had been abusing crack cocaine, and after her water broke, she waited four days before going to the hospital. Jacob was born with a severe infection, and he was barely able to fit into his tiny, micro-preemie sized diapers. A few hours after his birth, Jacob's mother checked herself out of the hospital and still has not been located.

Marcia began visiting Jacob in the NICU to offer support just a few weeks after he was born. He was incredibly fragile, and the process of even moving him to be held for a feeding was so taxing, it was required that he be held for at least 90 minutes. Marcia came every day to hold him during his long feeding times so he would associate feedings with close physical contact. Marcia remained invested in the case throughout Jacob's time in the NICU and helped introduce Jacob to his foster-to-adopt parents. She monitored his care until he could go home with them.

After he was released from the hospital, Jacob became very sick after only a few days at daycare, posing a challenge for his foster parents who both had full time jobs. Marcia helped them find a solution that involved certified, in-home care that would help Jacob remain healthy. She continues to check in with the family regularly to make sure Jacob is thriving.

We are so grateful that Jacob and other children like him have a voice, thanks to advocates like Marcia! Learn how you can get involved and make an impact like this at www.childadvocates.org/volunteer.

*Name was changed to protect the child in care.